"When we collaborate, when we bring a group of passionate, creative, dedicated Jewish professionals together, we can change the world."

Irene Lehrer Sandalow
Irene Lehrer Sandalow has worked in the Jewish nonprofit sector for over 15 years. She has expertise in coalition building, project management, strategic planning, curriculum development, community education, outreach, and organizing. Most recently, Irene was the Chicago Senior Project Manager of URJ’s B’nai Mitzvah Revolution which facilitates a change process among congregations to generate new ideas and modalities of meaningful celebrations of b’nai mitzvah. Prior to that, Irene founded the Parent to Parent Initiative at The Jewish Education Project promoting parent leadership in Jewish day schools in New York. From 2006-2012, Irene worked at the Jewish Council on Urban Affairs (JCUA) where she educated, mobilized, and organized members of the Jewish community in local and national social justice campaigns. Irene now serves on the board of directors for JCUA and SVARA.

Irene's writings have appeared in eJewish Philanthropy, ZEEK: A Jewish Journal of Thought and Culture, Journal for Jewish Communal Service, and Sh’ma: a Journal for Jewish Ideas. She and her husband, Dr. Nathan Sandalow, are the proud parents of Eli, Abe, and Henry  current (and  future) students at the Chicago Jewish Day School. 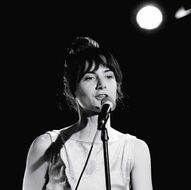 Naomi Spungen
Naomi is SketchPad's Operations Coordinator and has worked in nonprofit administration for over   five years. Born and raised in Highland Park, IL, Naomi graduated from Boston University's   American Studies program in 2015, then moved to New Zealand where she worked as the   Marketing Manager at Auckland's Basement Theatre. In 2017 she returned to Chicago to perform   and produce live comedy while continuing to work with nonprofits with a focus on marketing and   community engagement. Naomi has been with SketchPad since January of 2019.